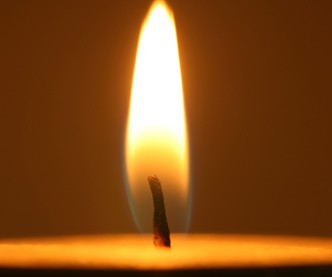 BEING OTHER: THE HOLOCAUST ON STAGE

Update – this event is free entry.

An evening of short performances and screenings relating to the Holocaust and how social difference is viewed today.

A short film by Martha Haversham, which is a culmination of her residency at the University of Essex for Holocaust Memorial Week. (Approximately 5 minutes)

A Selection of Short Pieces by East 15 Acting school

1) The Sins of the Fathers?

Inspired by the stories of the children of survivors of the Holocaust, or Shoah, and the children of Nazi officers. The piece is based on research, letters and verbatim accounts.

A short monologue for one actor from Arthur Miller’s play about life in Auschwitz presented with a physical dance score inspired by the play and other stories of life in the camps.

The grandfather of one of the actors  was in charge of a POW camp in Italy. He became beloved of his German soldier internees. For his birthday they made him a book full of poems illustrated with cartoons fondly poking fun at their much admired enemy commanding officer. The actors are all grandchildren of Europeans (English, Welsh, French, German and Italian) involved in WW2. Fascinated that they are the last generation to personally know those who lived through the war they investigate how communities can fracture and divide as well as co-here and unite in unexpected ways.

4) Extract from GOOD by C.P. Taylor

A short scene from this play which deals with a character based on Eichmann. Halder is under pressure to join the National Socialist Party as he sympathises with his best friend Maurice who is Jewish.

Two very personal reflections on how being “other” in WW2 continues to exert a profound effect on subsequent generations.

Extracts from This Way for the Gas, Ladies and Gentlemen by Life and Death Orchestra

Seth Morgan from the Life and Death Orchestra performs songs and scenes from their controversial musical about Darfur and Auschwitz. We follow the life of Tadeusz Borowski, the polish writer and poet who was a prisoner at Auschwitz. The most moving song, This Way For The Gas, Ladies and Gentlemen, adapted from the short story by Borowski, depicts an ordinary but horrific day in the gas chambers detailing the zyklon B, the cruelty of the SS, the transports, the summary executions, and the slaughter.