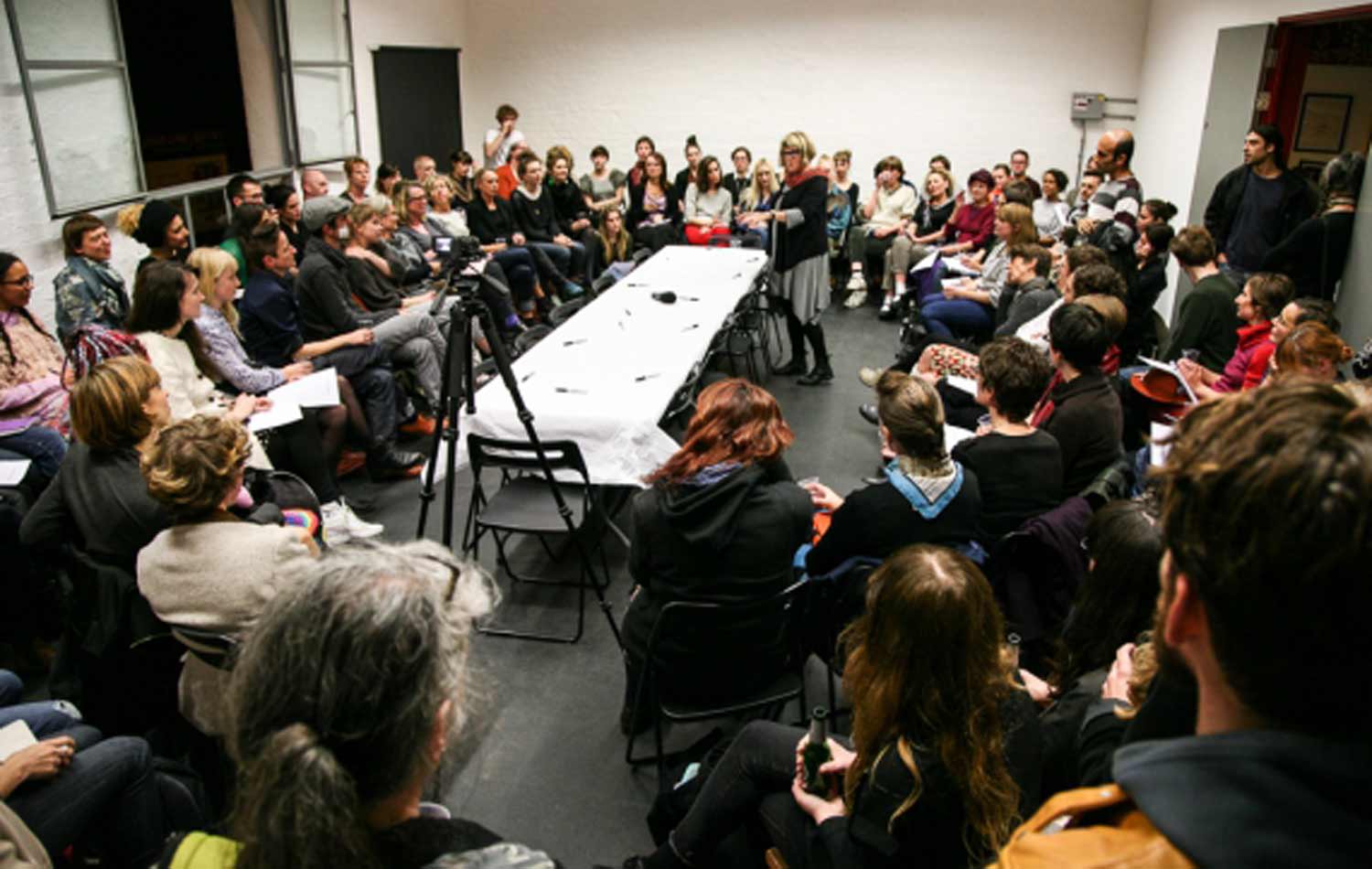 Performance artist Daniel Oliver hosts a special event which will bring together local artists, makers, experts, and non-‘neurotypicals’ to trigger a discussion about neurodiversity, especially in relation to contemporary performance.

The discussion will take the format of a Long Table, wherein 12 people sit around a long table covered by microphones and a paper tablecloth whilst up to 40 watch and listen from close by. All present are invited to approach the table to write or speak in a rolling discussion and the results are recorded.

Guest Speakers for tonight’s long table will be announced soon.

What is Neurodiversity? “Neurodiversity is… a challenge to prevailing views of neurological diversity as inherently pathological, instead asserting that neurological differences should be recognized and respected as a social category on a par with gender, ethnicity, sexual orientation, or disability status.” Wikipedia https://en.wikipedia.org/wiki/Neurodiversity

What is a Long Table discussion? “Conceived by artist Lois Weaver…the Long Table is an experimental open public forum that is a hybrid performance-installation-roundtable-discussion-party designed to facilitate dialogue through the gathering together of people with common interests.” ThisIsLiveArt.co.uk http://publicaddresssystems.org/projects/long-table/

About Daniel Oliver Daniel Oliver is a performance artist who believes neurodiversity needs to be more widely understood in order to challenge what we accept as ‘functional’ or ‘appropriate’ ways of experiencing, relating to, and describing the world and each other. As a performance artist and academic researcher with dyspraxia, he is particularly interested in the ways contemporary performance can facilitate and foreground this challenge. Daniel has researched extensively into neurodiversity as part of his recently completed PHD in Awkward Performance at Queen Mary University, London.

The first instance of this Long Table occurred as part of the 2015 Peopling the Palace festival at Queen Mary, University of London on the 4th June 2015. More info: https://danieloliverperformance.wordpress.com/2014/11/03/daniel-oliver-performance/

To coincide with this event Daniel will perform Weird Seance at Lakeside Theatre on Thursday 25 February.