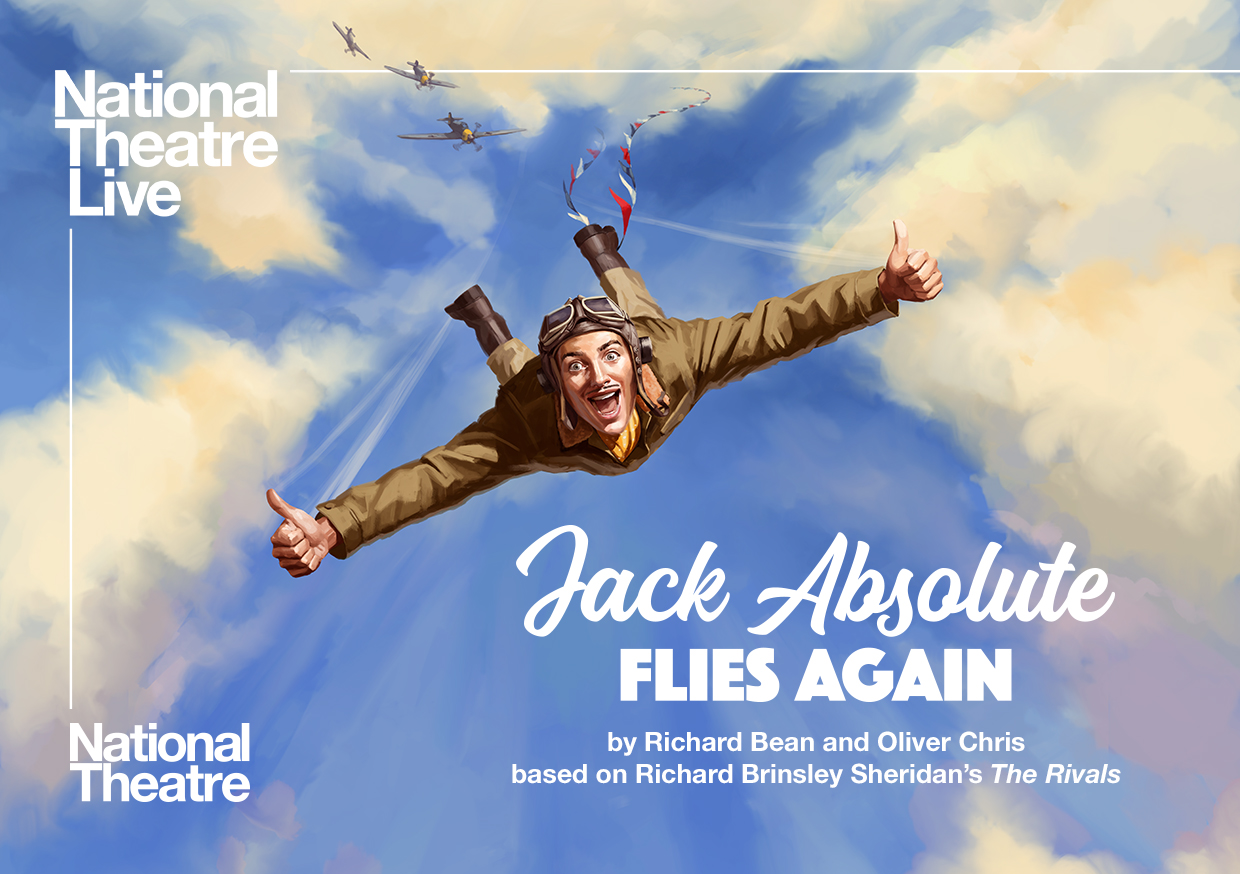 by Richard Bean and Oliver Chris

based on Richard Brinsley Sheridan’s The Rivals

From the writer of One Man, Two Guvnors comes a hilarious new play, set in 1940s British summertime.

After an aerial dog fight, Pilot Officer Jack Absolute flies home to rejoin his fearless young Hurricane squadron at RAF Fontwell. Once back on British soil, Jack is shocked to find his old flame, Lydia, on the base. He sets his sights on winning her heart, but with turbulence and hilarity never far away, his advances quickly turn to anarchy.

Thea Sharrock (Me Before You) directs a cast including Caroline Quentin and Richard Fleeshman in this joyous farce.

‘The funniest show on the planet.’ Daily Mail on One Man, Two Guvnors