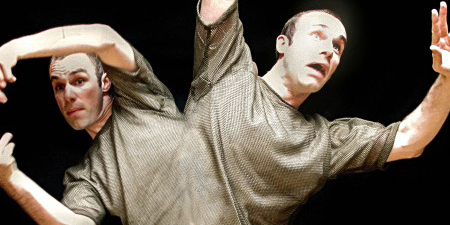 Winner of The Stage ‘Best Solo Performer’ Award. Ad Infinitum reinvent the timeless Greek myth. One actor. One hour. One man’s epic quest to reunite with his family and seek his bloody revenge. Passionate, highly physical and poignant storytelling brings this breathtaking adventure to life. A journey that will ignite the imagination and awaken the senses…

‘This tour de force of physical theatre is unmissable’

Odyssey follows the Greek warrior Odysseus in his relentless attempt to get home so he can see his wife and son again before he dies. Up against the God Poseidon and his hurricanes; nymphs that sexually enslave him; countless characters, creatures and ferocious one-eyed monsters; whatever hardship he endures, Odysseus’ tough heart won’t give in. But after twenty year’s away from home will everything be as he left it…?

‘Talent like this is breath taking, if you only see one show this is it’