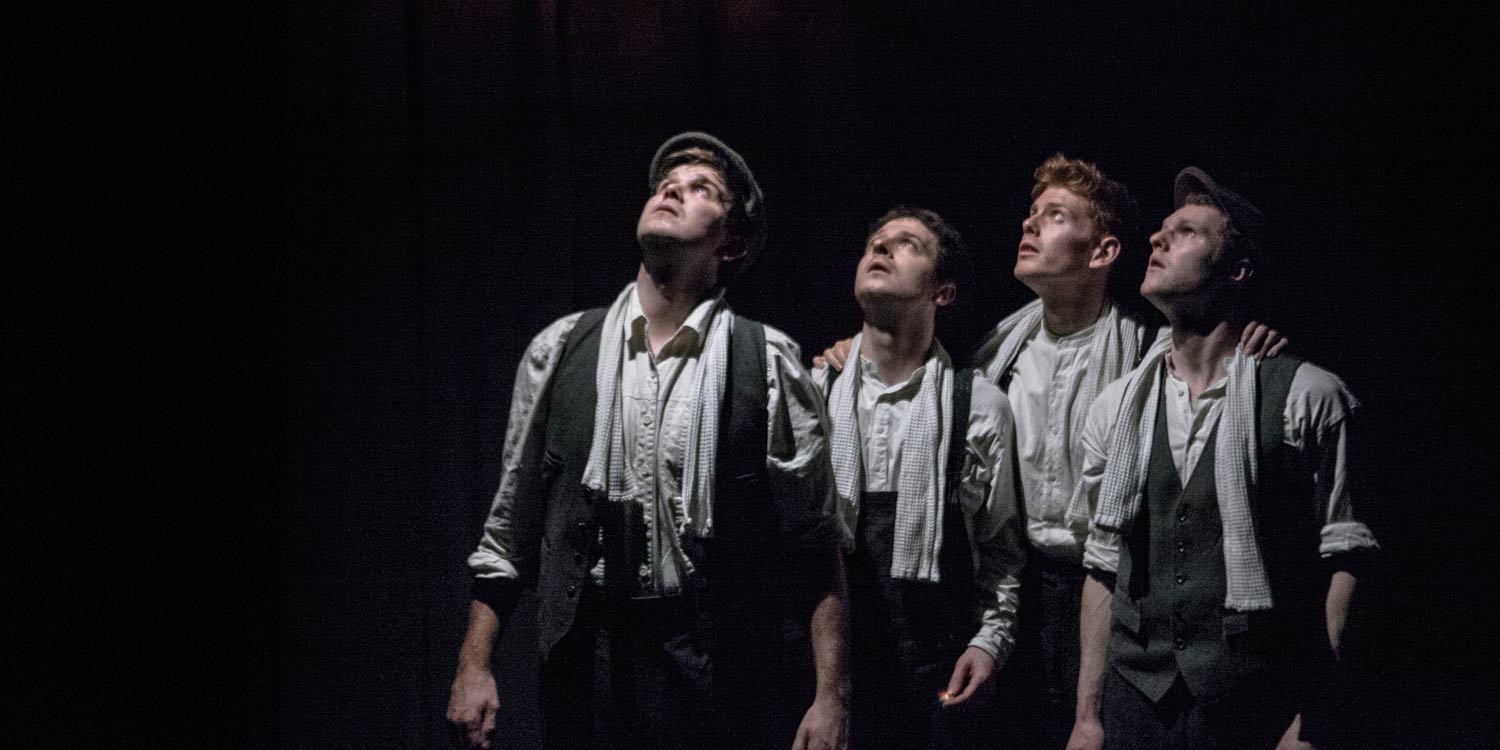 “Sheffield’s on fire, it glows orange, like hell, like a furnace, like steel. The streets which were familiar are now just bricks, mortar and flame. My childhood, my home… just a pile of stone.”

Set against the backdrop of the Sheffield Blitz Operation Crucible is the first play by new playwright Kieran Knowles.

A story of four ordinary men in extraordinary times…

On the 12 December 1940, more than six hundred people lost their lives in over seven hours of continuous bombing by Germany’s Luftwaffe. Their objective? Wiping Sheffield’s world famous steel works – the heartland of Britain’s munitions manufacturing – clean off the map. The ruthless attack left Sheffield in ruins – destroying families, shattering a way of life, and changing the city forever.

At 11.44pm on the night of the raid, a single 500kg bomb reduced the Marples Hotel, which stood proudly in Fitzalan Square, from seven storeys to just fifteen feet of rubble. Only one of the ten compartments in the hotel’s cellars withstood the blast. Within it, trapped, were four men. This is their story, from beginning to end…

“A short little gem…this is storytelling at its best, generous and warm hearted, lyrical yet real.” Laura Wells, The Good Review

“An excellent piece of theatre, portraying the lives of four hard working steel manufactures and their fateful story on the night of the 12th December 1940, during the Sheffield Blitz…Truly deserving of a full house for each performance.” Emily Jones, Bargain Theatreland

“A fine example of how accomplished actors with a good script and an imaginative director don’t need trimmings to make effective theatre, for very effective it is.” Howard Loxton, British Theatre Guide