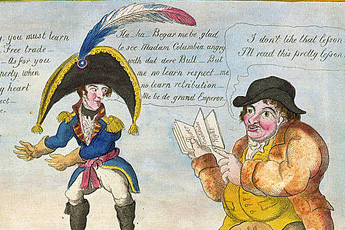 It’s 1815, and the survivors of the battle of Waterloo are making their way home.  Jack is fulfilling a promise; while Ann has some secrets of her own that won’t keep quiet. . .

Set in the milieu of the strolling actors of the East Anglian theatre circuit, Kuti’s new play is a fable of love, war, betrayal. . . and the dangerous attractions of playing the hero.

“. . . this exquisitely couched trio of monologues by Elizabeth Kuti . . . shimmering fishy tales from the depths of time and human experience.” **** The Guardian.

The Broken Token by Elizabeth Kuti