“It’s 6pm. The doors are open. I am going to write a book about this. A book about the goings on of tonight. A book that is only ours, with no adults allowed to twist and turn the events.”

More than two years on from the Manchester Arena terror attack, 10:31, MCR reflects on the impact the tragedy has had on the younger generations. Presenting a collage verbatim play that mixes voices and stories from different age groups, different backgrounds, different beliefs, and different times. All of these linked by the journey of Girl One and her quest to write a book about the events of the night.

A homegrown show by MA Graduate Fabiana Sforza will be hitting Fringe Festival this August. I decided to get the details from the cast member Rio Topley, on what Fringe can expect. 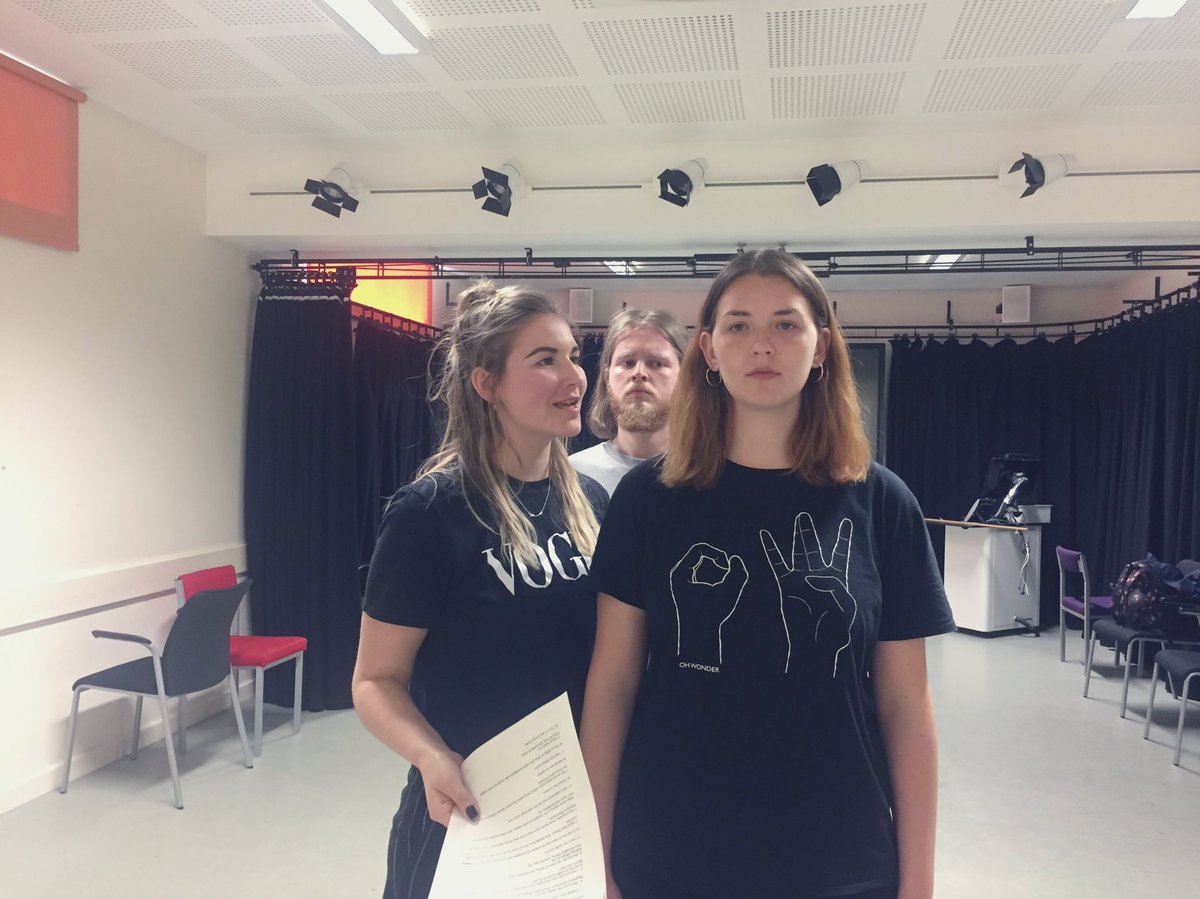 1. What drew you to accept this role in the play?

When I got asked to be in the play I was extremely flattered because the first show was eight cast members and was over summer last year. I knew that Fabs put in a lot of research and effort into the show. So asking to be a part of it was very rewarding *Rio gleams at this point* and nice.

2. The show is based around the traumatic/tragic events that happened at the Manchester arena. What was it like reading through the script for the first time?

So reading the script for the first time, we all sat in Fab’s house, had some food and drinks and all got together and read the script. She just finished it and because I had been in the first show, reading it again it was just, it meant a lot more as I performed it once; it was just more special that I was able to perform it again.

3. Compared to reading the script how was it to perform such an emotionally raw play?

Going from 8 people to 3 we weren’t sure how it was going to work but performing it especially with Kieran and Megan, we get on so well we have such a natural connection when we perform. There are moments in rehearsal when we have to take a step back, but Fabs is really great. Before and after rehearsals we listen to some upbeat songs and then, have time to get into the mood/ atmosphere.

4. MCR is a verbatim piece of theatre. Why do you feel this is important?

I feel that verbatim theatre in general, but specifically, this play is important because it gives a voice to young people especially the generation we’re in now. We’re kind of called ‘snowflakes’ we’re not really taken seriously and I feel that this verbatim play, gives a voice to young people on topics that they usually don’t get given a voice to talk about. It is kind of politically based as well. I just think it is important because it will make people who have come to watch it think about the things, it raises questions that sometimes people don’t want to answer or avoid. So I think that’s why it’s important.

5. What can people expect from this show?

Not wanting to give too much away but I think that people can expect to see a really honest, truly challenging piece of theatre. I think it is going to be enjoyable, I know we’ve really enjoyed performing it. I know Fabs has put her life and soul into creating it. So I feel like people can expect to see a show that’s made with love and to be shocked in a good positive way.

It’s got a mixture of things, real talk, a few movement pieces, and psychical theatre. So yeah it’s exciting. So people can expect to feel the love.

6. Lastly on a scale of 1 to 10 how excited are you to be performing at the Edinburgh Fringe Festival?

I am like a 12 excited to be performing at Edinburgh Fringe. It’s the first show in 3 to 4 years from Colchester campus that’s been taken to Edinburgh and it’s nice to start that up again. Hopefully, it will inspire other people to believe in their shows and want to share it with other people. So I’m EXTREMELY excited.

That concludes my interview with Rio Topley.

Make sure to book tickets to this amazing show at Fringe festival Aug 12 – 17!  https://bit.ly/2XGP2Wd

The Lakeside Theatre has lots of amazing homegrown shows on in the autumn term. Make sure you keep an eye out on our website and for the brand new brochure, to see what’s on. Who knows you may see them at Fringe in the future.