After seeing The Flop, Jordan, the Community Officer for the Theatre Arts Society, shares some thoughts on the show… 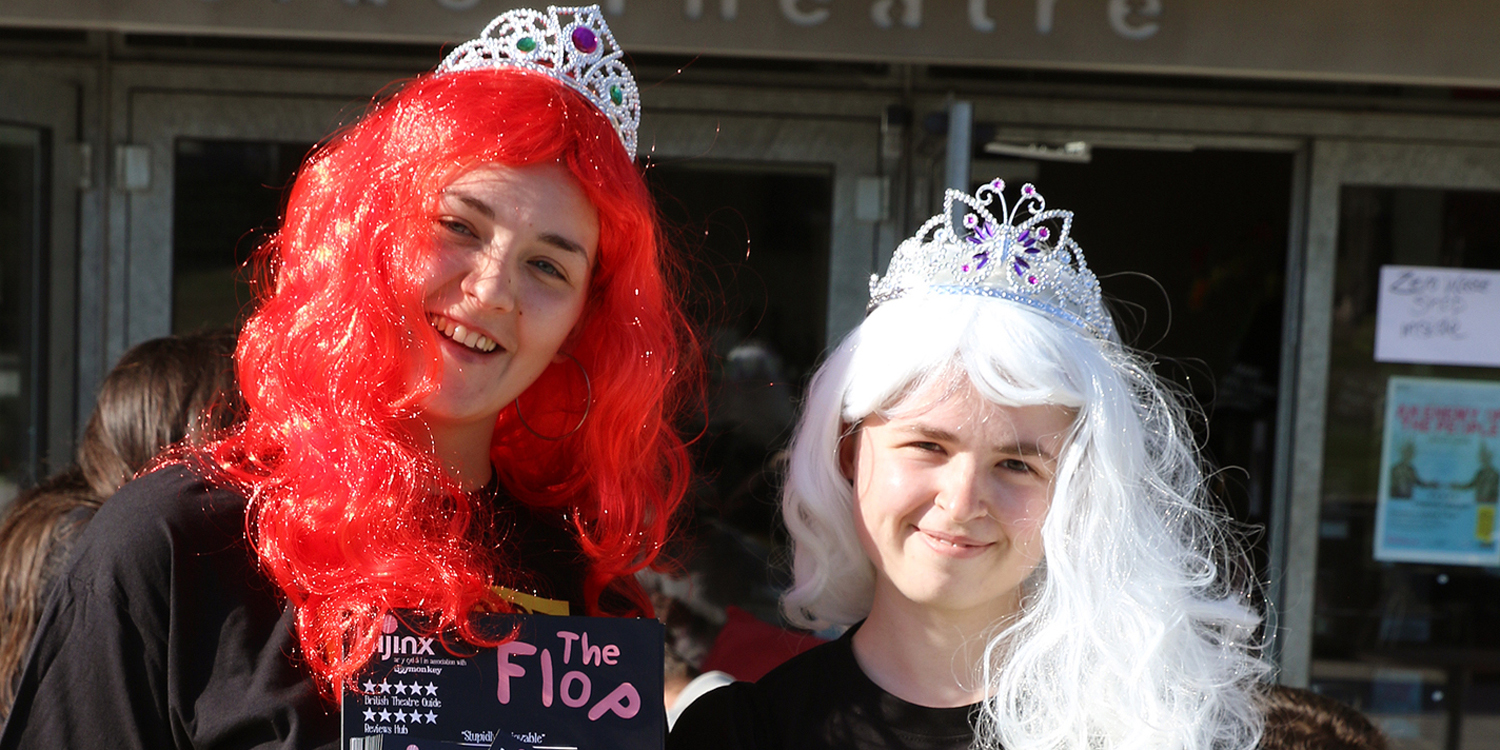 Getting in the mood

“Hijinx Theatre and Spymonkey brought us ‘The Flop’, a comedic show based on a true story set in 17th century Paris when impotence was illegal.

Containing live music, wigs, and spooning – what better way to prepare for a show as ridiculous as this than a wig party?! The Lakeside team invited the Theatre Arts Society to the café before the show for drinks, snacks, and allowed to try a variety of colourful wigs and hats!”

What did you think of the show?

“I read lots of fantastic reviews from the Edinburgh Fringe Festival but the show exceeded my expectations. Everything the cast did seemed so effortless that it was difficult to tell which parts of the show were scripted, and which were improvised.

“Each cast member was brilliant in their own way and their different talents worked together to form the most ridiculous and enjoyable show I have ever seen.

“Every joke was presented in such a wonderfully skilful way that it was impossible for the audience to stop laughing. The humour of the show ranged from wordplays and slapstick to tales about hedgehog dreams, songs, and many more ridiculous things, each more hilarious than the next.

“As the show went on, it became more and more chaotic, but the audience was never lost or forgotten, and some even became a part of the show!”

Review the show in one sentence…

“The perfect mixture of chaos, fun, and brilliant casting, The Flop offers the audience one of the most entertaining and unforgettable hours of their life.”

Coming to see An Enemy of the People tomorrow? Send us your review!