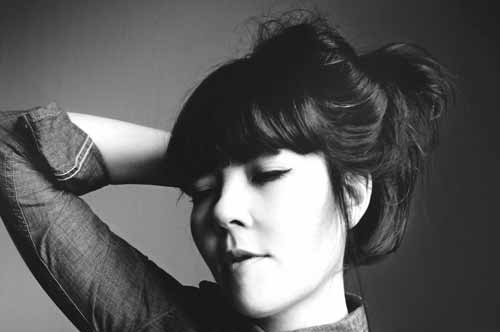 Sometimes less is so much more, and in the case of Sumie’s musical path her voice and her acoustic guitar casts the most hypnotic and disarmingly simple spell. Sumie released her selftitled critically acclaimed debut album “SUMIE” early December 2013 through the prominent indie Label Bella Union. The album was recorded with the german pianist and producer Nils Frahm in his studio in Berlin with the company of producer and fellow pianist Dustin o Halloran.

Born Sandra Sumie Nagano in Gothenburg, Sweden, she first began composing and recording her songs in 2008 from her apartment in Gothenburg. Previous recordings can still be found at Bandcamp.

Befitting Sumie’s bloodline  (Swedish mother, Japanese father), the album fits both current Scandinavian and Japanese folk strains. “I have always thought that the cultural differences are very interesting,” she says. “My way of doing things definitely carries the duality of both cultures.”