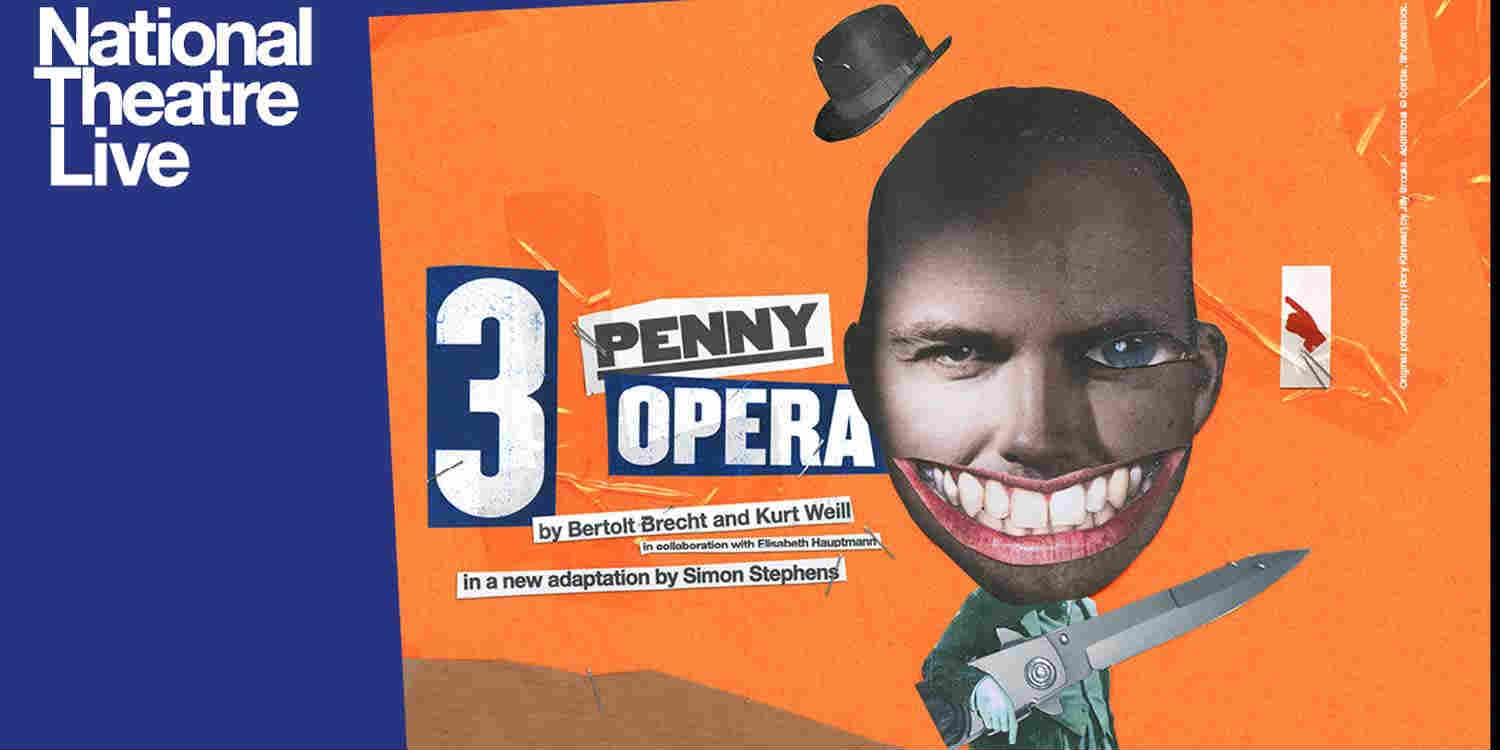 Rory Kinnear is Mack the Knife in a new version of this landmark twentieth-century musical, broadcast live from the stage of the National Theatre.

Bertolt Brecht and Kurt Weill’s classic musical theatre piece is adapted by Simon Stephens (The Curious Incident of the Dog in the Night-Time) and directed by Rufus Norris (Everyman, London Road).

As London’s East End scrubs up for the coronation, Mr and Mrs Peachum gear up for a bumper day in the beggary business. Keeping tight control of the city’s underground – and their daughter’s whereabouts.

With Olivier Award-winner Rory Kinnear (Hamlet, Othello, James Bond) as Macheath, alongside Rosalie Craig (As You Like It, My Family and other Animals) as Polly Peachum and Haydn Gwynne (The Windsors, Drop the Dead Donkey) as Mrs Peachum.