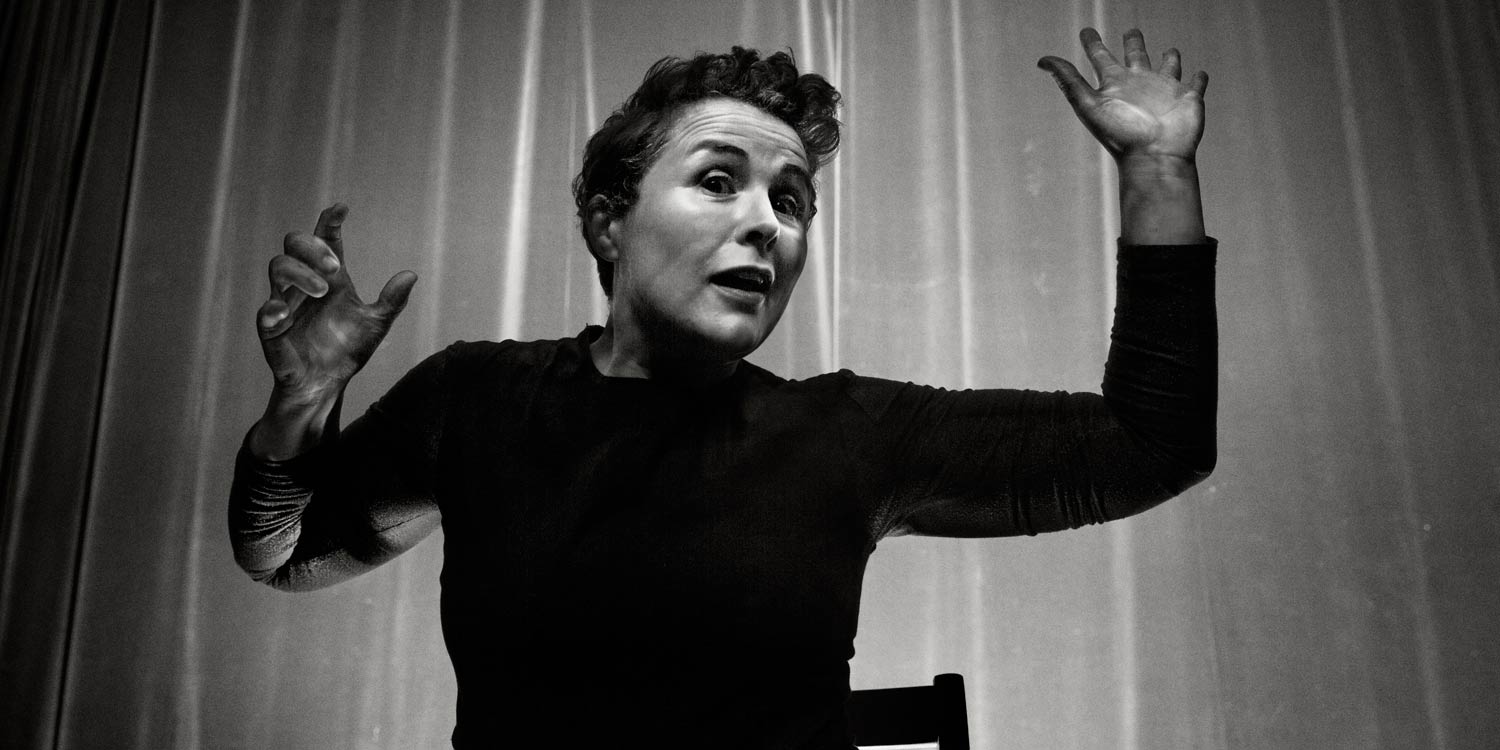 Written and performed by Sarah Cameron. Produced in association with Fuel.

Let us tell you a strange tale that did unfold someplace in the glum north o’the warld, where there lived a Man who could not stop eating, a Woman doomed to cook his meals and one ‘inveesible child’.

Told in a rich and saucy Scots dialect with physical verve, a wee dram of whisky to oil the way and a musical score that rolls in like mist over the hills. The Red Chair sees acclaimed Scottish performer Sarah Cameron steer us through a landscape of twisted reason, extreme compulsion and eye watering complacency, where domestic drudgery happens on an operatic scale and a father’s dereliction of duty reaches epic proportions.

The Red Chair is based on Sarah’s original book that had its first public reading as part of The House of Fairytales at the Port Eliot Festival. It lies somewhere between a Grimm’s Tale, an absurdist ghost story and a parent’s guide on how not to bring up children.

‘Never before have I seen a performer embody words and make language move in quite the way that Sarah Cameron makes them move…. this rich story is seasoned to perfection’  Exeunt

‘hypnotic… Cameron is a compelling performer, musical in her delivery’  The Stage

EGGS COLLECTIVE GET A ROUND