Last week, MA student Grace Durbin showcased her play ‘Thirteen Reasons Why Not’ on our main stage. But what’s next for the play… 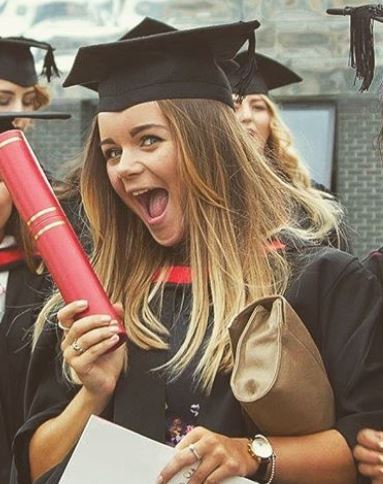 Where did the idea for your play come from?

Hope Azeda, who is the founder of the Ubumuntu Arts Festival in Rwanda, gave me the idea. She’s interested in the topic of mental health in young people, and asked me to explore the theme from a UK perspective and showcase the play at the festival next month.

What sort of person will love this show?

Students! It’s quite comedic and looks at the ways in which a young person can help themselves to stay ‘happy’.

What’s challenging about bringing this script to life?

Drawing out moments of universal comedy in a monologue play can be a challenge, especially while attempting to take the audience on an epic journey of discovery!

What were the audience thinking after seeing the show?

I hope they were thinking about making positive changes in their lives.

Was it scary having your script performed in front of an audience?

It was overwhelming. I’ve directed and performed in the Lakeside, but it’s never been my own work. I got so nervous before we started – and I wasn’t even performing! I’m so grateful to everyone who turned up to watch a show written by me.

Feeling confident to take it to the Ubumuntu Arts Festival now?

I’m feeling confident, yes but we’ve got a bit of work to do, as the piece needs to be cut down to 30mins. We’ve already made cuts, and using the audience feedback we should be able to get it to where we need it to be.

During the Q&A someone suggested we use foley, rather than words describing the action, during a dream sequence i.e, the sound of someone walking down a path, car door shutting etc. This was something I hadn’t thought of before, and I think it will work really nicely.

One piece of advice for someone wanting to write a play?

Be clear on where your character’s going and why. Then give the audience something they don’t expect.